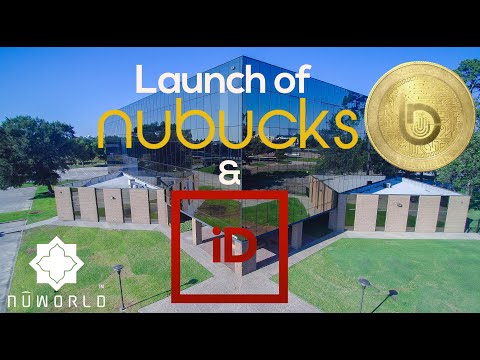 Interesting anecdote on cross border transfer - does Bitcoin help here or not?


A mate of mine is a real estate agent in Balwyn – the epicentre of Chinese investment in Melbourne property. He tells some interesting stories. The new restrictions are really having an effect. One Chinese buyer had to go to extraordinary lengths to settle on a property last week. Apparently they used to be able to get lots of people in China to transfer $50k each to a single bank account here in Australia ($50k was the max you could transfer out in 3 or 6 months or something from a Chinese bank account). Now China is also tracking the account receiving the money – the same overseas account cannot receive more than $50k from Chinese accounts. Anyway, the Chinese buyer tried the ‘old’ approach and was rung by the Bank of China advising her that the attempted money transfers were illegal. The buyer needed about $2m. What they ended up doing was flying their whole family out (10+ people) to all set up bank accounts here in Australia. The flights would have cost of fortune. Plus they contacted people they knew in Australia to help out. They then used multiple accounts in China to transfer to multiple accounts in Australia, before putting the money into a single account in Australia. So it’s much harder to get money out – but still possible. Has to stop some buyers, at least. More generally my mate tells me that expressions of interest are down, there are fewer Chinese turning up to open for inspections, etc – all in the past 2 or so weeks. Will be interesting to see what happens when the ATO steps up later this year.


It interests me to consider: does Bitcoin help the person in this case? It doesn't make the transfer any less illegal to the CCP, but let's put that to one side for the moment.
Consider that a $2 million dollar (this is AUD not USD so it's actually 30% less but let's pretend it's $2m for simpler numbers) buy would be about 10K BTC. Given that there are multiple fairly big exchanges and a lot of USD and RMB liquidity, I guess you could buy this fairly quickly, but once the market gets wind of such a big buyer the offers will start disappearing rapidly. In other words, you might get a lot of slippage on price and might end up paying a few percent more than the starting price. (Doing a special deal with a miner might make some sense, but that would be seriously hard if not impossible).
Then consider liquidating into AUD. Much less AUD liquidity of course, but you could liquidate into USD and transfer to an arbitrary international account; after all, a wire transfer fee into Australia is basically zero compared to everything else discussed here. Another problem might crop up there: wire transfers of $2m into a new account could create AML/KYC flags, at the Bitcoin exchange, and at the one or two bank accounts involved.
Add to that the general volatility risk of the Bitcoin exchange rate; it's more of a risk than a certain cost, but if BTC moves against fiat by more than 5% in all this, it could be quite a big hit.
Compare all that to the cost of flying 15 people to and from Australia and doing it that way. I would ballpark that at $40K (also huge hassle, which is not so quantifiable), even imagining you can find that many people amongst friends and family that can do this for you.
Overall? I doubt the person involved even considered Bitcoin, but on balance I think they would still go with the flights approach, because the limitations/costs of it are more certain.
But, I see scenarios which would skew it more in Bitcoin's favour:

Now, one bitcoin exchange btc list crypto knight investments is worth thousands of dollars.BTC/USD rate. The snapshot was taken at the same time on all of the exchanges.Turns out, these people ended up paying to mine all these coins in favor of Nicehash's hackers. For a fee, you can send Changelly a coin and receive another back. When it comes to Bitcoin, Tim Swanson is known to many as the man who sees the glass half empty. Whether or not that’s true, it’s fair to say that Tim has critical opinions about Bitcoin and questions many of the assumptions held by those who wish to see it succeed. So far in 2018 over $673 million has reportedly been lost due to cryptocurrency hacks. Since the inception of bitcoin and the cryptocurrency markets, that number totals in the billions. Bitcoin is a digital currency that was invented by Satoshi Nakamoto in 2008. It is mainly a cryptocurrency that is highly secure. It is a digital wallet that can be used to do online shopping, electronic transactions, etc. It is a decentralized system that is based on blockchain technology. And it is a peer-to-peer exchange […] BLOCKCHAIN LAW EPICENTRE. Blockchain is a new paradigm of technological development. As per Investopedia, a Blockchain is a digitized, decentralized, public ledger of all cryptocurrency transactions. ... Gartner has described Blockchain as a type of distributed ledger in which value exchange transactions (in bitcoin or other token) are ...

Live Bitcoin Analysis and Trading - Interviews - Live at Epicenter SF Blockchain Week 2019! Cracking Crypto. ... One of the best exchanges to trade on! Amazing customer growth, security, and ... On October 1st, we launched our first Cryptocurrency and Innovation depot at the Nu World Epicenter. We lauched our coin and Innovation Depot by an Xchange GALA Event. Please Enjoy the video about ... Epicenter is a podcast which takes you to heart of perhaps the most important technological revolution of our time, the rise of decentralized technologies. A... Texas Becomes Crypto Epicenter With ‘Largest Bitcoin Mining Facility in the World,’ Says Bitmain Narrated by The Cryptocurrency Portal on Tues Oct. 22nd, 2019 If you like this content, please ... The concept of a decentralized exchange has been a holy grail in the cryptocurrency space for many years. Many attempts have been made, but most decentralized exchanges suffered from central ...